We can Eliminate Standing Water from Your Location

The primary goals of this investigation were to determine if the EGRP® system could eliminate standing water on an approximately 24 acre parcel and decrease the volume of stormwater delivered to DWSD through the municipal combined sewer drain system thereby alleviating the cost associated with treatment. A secondary goal was to explore the effect the EGRP® system has on groundwater. 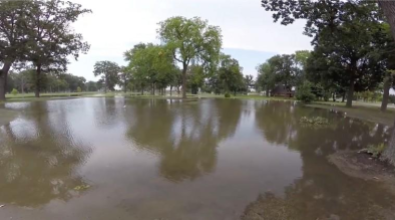 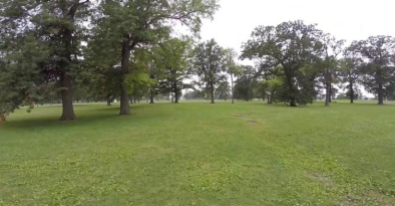 This project was developed to address to the concerns of the Michigan Department of Environmental Quality (MDEQ) in regards to the EGRP® system’s influence on the infiltration of surface water and its potential to accelerate surface water contaminates into the groundwater supply. Data showed that the EGRP® increased the infiltration rate of surface water 7 to 10 times the rate of native soil conditions. The study also concluded that EGRP®s do not act as vertical drains or injection wells that allow water, along with its’ constituents, to flow straight down to the bottom of the EGRP® systems (Lusch 2015).

Parjana® EGRP® system was installed at Geneva International Airport (GIA) in late 2012 and was constantly monitored through piezometric testing for nearly two year (GADZ 2014). The goal for GIA was to reduce or eliminate water seepage into underground concrete chambers that are common at the airport; especially chambers that are remote from existing storm water sewer systems. The research goal is to compare the effects of EGRP® device on shallow water tables and soil moisture distribution. Unlike other typical EGRP® installations, this location had no issues with standing surface water.

The report indicated the water table was higher in the area of the EGRP® system during dry periods. GADZ attributed this to the fact the EGRP® “worked to maintain a degree of saturation as constant as possible in the soil” and the EGRP® system is moving water vertically in both directions thereby creating communication between the surficial layers of topsoil and the permeable to semi-permeable soils beneath (PCS2014).

An almond orchard in California was experiencing flooding near the edge of the orchard along the road, posing a huge safety hazard to drivers.

Standing water could accumulate here following most rain events above 0.3” and remain standing for 8-10 weeks, even leading to the accumulation of algae.

With EGRP®, infiltration has increased considerably, and the road is no longer unsafe due to standing water. Pictured below: on 10/03/18, a 1.25” rain event was recorded at a nearby weather station. Water infiltrated under 48 hrs.

A preliminary, 3rd party evaluation of the impact of the EGRP® on groundwater elevation and recovery time at the Lawrence Technological University site was conducted and found:

The conclusion drawn from these initial results were that EGRP® acclimation has an apparent effect on groundwater elevations and ground water recovery times.